Procedure For Opening A New Chapter

As per Rule 7(ii) of Memorandum of Association and Rules & Regulations of ISTD, a Chapter may be constituted by at least 50 members of good standing in any geographically well-defined or definable areas. Minimum 5 Institutions as annual member and at least 5 members should be involved from each institution. Further, a minimum of 5 Lifemembers and atleast 2 Permanent Institutions should be enrolled. The procedure for opening the chapter is as follows:

The Chapter will be admitted by the National Council of the Society as soon as it is informed of the intention of 50 members to form a chapter and when an adhoc Managing Committee has been constituted.

2. An account in the name of ISTD………………………. Chapter should be opened in a bank which would be operated by the Hony. Treasurer and one of the following:
i) Chairman
ii) Vice-Chairman
iii) Hony. Secretary

Full details of the Bank Account such as type of account , Account Number, Name and address of the bank and the authorised signatories should be sent to the National Office.

3. All admission fees and subscriptions received from the members should be sent immediately to the National Office of the Society at New Delhi.

4. The National Office will return half of admission fee/subscription as subvention money to the chapter for its operational expenses as per financial rules of the Society.

5. The Chapter Managing Committee will work out a programme of activities for the chapter which sould normally include a monthly discussion meeting, talks seminars etc. The Managing Committee should meet at least once in 3 months and more often, if necessary to conduct the business of the chapter.

6. The annual elections of the chapter are to be conducted in the month of March/April every year as per election rules of the Society.

7. The annual general body meeting of the chapter is to be held immediately after the elections as provided for in the Society’s rules.

9. The information regarding chapter activities is to be sent the Executive Director in the National Office every month. The information regarding seminars, programmes, etc. should also be circulated to all other chapters of the Society. Copies of the minutes of the Managing Committee meetings are to be sent to the President, Executive Director and preferably to all other chapters as well.

INDIAN SOCIETY FOR
TRAINING AND DEVELOPMENT 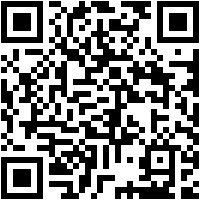